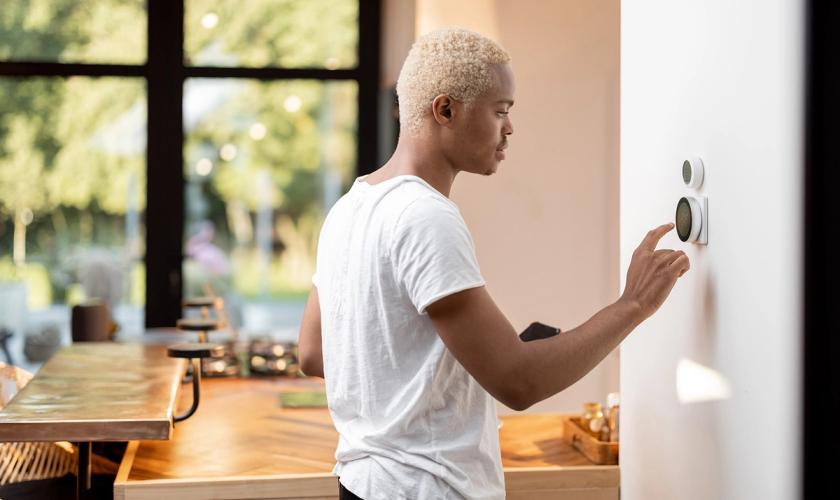 As the climate crisis intensifies, Generation Z has seen these issues as calls to action. In fact, according to the World Economic Forum, Gen Z shows more concern for green initiatives than any other generation to date. This has encouraged other generations to follow suit, as the powerful influence of the “Zoomers” has impacted countless industries across the globe. As consumer preferences rapidly shift toward more eco-friendly options, companies of all types have been compelled to innovate and modernize their business models.

Coupled with these trends is the fact that Gen Z is “on track to become the most educated generation.” This is a direct result of Gen Z’s exceptional high school graduation and college attendance rates. When considering career paths, they lean toward environmentalism and occupations that allow them to aid the search for solutions.

As these preferences become increasingly clear, universities have begun to aggressively pursue a “carbon neutral” title. This title is misunderstood by many. “Carbon neutral” is a concept far from “carbon zero,” so let's distinguish the two before we dive in.

“Carbon zero” is a title given to an entity that simply has no carbon footprint, because it does not produce the chemical compound carbon dioxide. “Carbon neutral” describes entities that produce carbon dioxide but participate in sustainable practices to counteract their emissions.

In some cases, universities would rather buy their way out of environmental concerns than address those activities that create harmful emissions. In the words of Jessica Meyers, “equilibrium is achieved through penance. And climate penance… can simply be bought.” While carbon neutrality is far better than no effort at all, schools should aim to reduce carbon emissions in the first place, before they become a problem that needs resolving.

Universities aren’t the only entities that struggle to adopt environmentally friendly practices. As the focus on environmentalism has risen in prominence in recent years, many companies have defaulted to “corporate greenwashing” to show their environmental impact, which is problematic and, long term, further exacerbates climate change issues. Greenwashing happens when an organization spends more time and/or money on marketing their eco-friendliness than actually implementing practices that help the environment.

It's important for universities to keep in mind that becoming truly "green" is a moving target, even after reaching carbon-neutrality. It requires constant adaptation and effort. While neutrality is a great start, the next step is to start lowering carbon dioxide that’s actively being released. Even if carbon-zero may be difficult to attain in the immediate future, it’s a great time to begin taking the initial steps.

Proptech has a lot to offer in this area. The right smart devices can help universities achieve their top three goals: improving sustainability, appealing to Gen Z, and saving money. Keep reading to discover how schools can attack these goals simultaneously.

Smart thermostats give universities the ability to monitor and control the temperatures in their students’ residence halls. Keeping the set temperature in a reasonable range can save both money and energy. In fact, according to the U.S Department of Energy, turning up the thermostat by 7°-10°F for eight hours a day can yield annual savings of 10%.

This becomes even more of a “no brainer” decision when you consider how little time college students actually spend in their room. Between classes and extracurriculars all day (and sometimes well into the night), schools can save considerable amounts of money and energy by ensuring that their thermostats are set reasonably in the hours they aren’t home. By granting school officials more control over the temperatures in student housing, smart thermostats help the school save money while also reducing their carbon footprint.

Save and Protect Water with Leak Detection

It may surprise you to learn how many emissions come from residential water consumption. Laundry services alone are responsible for 8% of all carbon emissions in the housing industry.

This situation only worsens when there are leaks in student housing buildings. Leaks can be tricky to spot, and even more difficult to repair. If overlooked, they will cause extensive damage to buildings. Leaks are not only catastrophic, but when a leak is sprung, copious amounts of clean water are wasted. According to the U.S Environmental Protection Agency (EPA), “the average household's leaks can account for nearly 10,000 gallons of water wasted every year.” Considering that residence halls house hundreds of students, the potential for clean water loss is substantial.

Spotting and fixing a leak early is a key factor in preventing potentially disastrous damage to a residence hall building. Unfortunately, students often fail to report these sorts of issues to school officials. That’s why leak detection technologies are invaluable to universities wanting to prevent this from being a concern.

SmartRent’s leak detection technologies are extremely useful tools that any residence hall should have pre-installed. In the event of a leak, the SmartRent device will respond and automatically alert staff and the impacted student(s). This aids maintenance teams and facilities staff in acting quickly to prevent extensive damage and water loss.

Looking to the Future: Green Universities

With Gen Z taking the lead on environmentalism, schools should look to follow the path laid by their students. Implementing property technology is a great, simple first step universities can take to achieve this goal. Proptech not only helps accomplish universities’ sustainability goals, but can also greatly improve campus life and save the university money in the long run. Investing in proptech today is not only beneficial for our planet, but for schools themselves.

If you’re interested in learning how SmartRent can help you “greenify” your campus, request a complimentary demo now.

Patrick is a college student who recently joined the SmartRent marketing team as an intern. He has been engaged with different functions in marketing and enjoys learning about the PropTech industry as a whole.

Subscribe to our newsletter to receive news, updates, how-to’s & tips.